Pride of the Mansaka Tribe 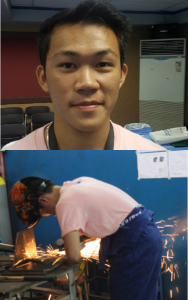 region. According to the National Commission for Culture and Arts (NCAA), they are commonly found in the province of Davao del Norte and are the most dominant ethnic group in Compostela Valley (ComVal) pro-vince.

In Barangay Golden Valley, in the Municipality of Mabini, ComVal, the Mansaka tribe
rejoices and exalts as 21 year-old Heinrich M. Omlaan is set to banner not only the tribe but the whole country as well, in the upcoming Association of Southeast Asian Nations (ASEAN) World Skills Competition on August 26-September 5, 2018.

“I’m very happy and thankful to God and to the people who helped me win the competition. I never expected that I could this far,” Heinrich said as he also recalled the challenges he and his family went through.

When he was in 3rd year high school, he stopped schooling for a year so that his older brother can continue his studies. When he graduated in high school he was not able to proceed to college
because of the lack of financial support.

But with his strong desire to
continue his studies, he took an exam in Compostela Valley Scholarship Program (CVSP) and among the 60 IP
examinees, Heinrich was the sole passer. Through the CVSP, he was granted a scholarship at TESDA’s RTC-KPTV in Buhisan, Tibungco, Davao City. He enrolled in Diploma in Welding Technology and earned his diploma in 2017. The outpouring opportunities in his journey with TESDA did not end there. 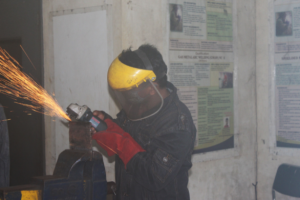 where I am today. I see this as one of the opportunities to reach my dreams so that I can help my family and I look forward to finding more working opportunities because of this. I will do my best for my
family, for my school, and for TESDA that they may be proud of me and that their efforts will not be put into waste,” Heinrich said and emphasized his aspiration to help other people by training them someday.

The story of Heinrich, the pride of the Mansaka tribe, continues as he strives hard to bring home more victories and desires to rea

The young Mansaka was chosen as the best w

elder in his batch and  represented his school in the provincial and regional levels. Hein

rich also bested 7 other competitors during the Zonal (Mindanao-Visaya

s) competition last November 2017. Moreover, powered by his determination and impressive skills, Heinrich’s performance during the Zonal competition earned him a high score and the experts’ nod to automatically advance him to the international level of competition.

Heinrich dedicated his achievements to God, to his family and his tribe. “They are very proud of me. For me being one of the representative of Team Philippines in the ASEAN competition,” he
added. He also expressed his gratitude to his coach and to the other trainers whom he described as “very supportive” to him and other competitors in the region.