The Living Dreams of a Broken Heart

It doesn’t matter where you come from, all that matters is where you choose to go.

This is true to the case of Mr. Roldan M. Gascon who is maybe blessed with his family having a hard working father, but somehow lacks other privileges in life.

Dencio as fondly called by his friends is the eldest son of four (4) to a Market Vendor Mr. Jose S. Gascon and a housewife Jocelyn M. Gascon. After graduating in High School he didn’t have the chance to p

roceed to a Bachelor’s degree due to financial constraint and was forced to stop studying.

In 2005, he learned about TESDA and decided to enroll to not just one but two qualifications, the then 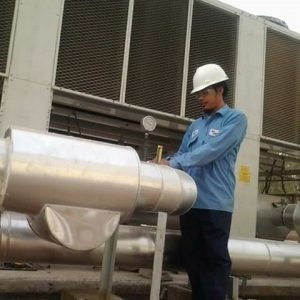 n some skills that will prepare him to not just one employment possibilities but to more opportunities that will come along.

After training, he immersed himself into the field thru On-the-Job Training for a year and explored the opportunities as Technician for a short period of time, but decided to go back to technical training in then Building Wiring Installation NC II (now EIM) in 2009.

On the same year, his preparations met opportunity, when an agency posted a Job Hiring at PTC-Davao Bulletin board looking for an NC II holder to be sent to Saudi Arabia as Testing Air Balancing Technician. Dencio was one among the lucky ones who have been chosen and got hired at Zamil Coolcare.

The thought of finally having a good life was but a broken dream, when life abroad during and after was even harder beyond his wildest imagination, when one of his ultimate purposes and reasons of going were all shattered. He grabbed the opportunity and taken the challenge of an OFW hoping to bring home a better life not only to his family but most especially to his Girlfriend whom he hoped to marry and have a family he can call his own after he finishes his contract. He came home with a ring ready to see his dreams turning into a reality. Unfortunately, the woman he had drawn his dreams with was no longer his but already stolen that he can never get back as she’s already having a family but not with him but with someone else.

As his way of coping and trying to get himself whole again, upon knowing that the CHS and CES have been migrated to Computer System Servicing and Electronics Products Assembly and Servicing (EPAS NCII), he decided to get back into technical training and updated himself of the new programs.

As of the moment, Dencio is waiting for his VISA to New Zealand as a Ground Engineering Attendant.

True indeed, it’s not the pain and failure that will define you, it’s how you fought and stood up with grace after the storm that will, just as how Roldan “Dencio” Gascon, did.