The regional offices of the Technical Education and Skills Development Authority (TESDA XI) and the National Commission on Indigenous People (NCIP XI) completed its series of groundbreaking events on Friday, on June 1, 2018, as it formally marked the beginning of the construction for the Multi-purpose Training Court for Indigenous People (IP) at Barangay Sta. Emelia, Laak, Compostela Valley province.

Barangay Sta. Emelia is the seventh area in Davao Region where the new facility is set to be built this year. The first groundbreaking ceremony took place in Sitio Luyan, Barangay Tambobong in Calinan, Davao City on April 3, 2018. The same event was held to five other IP communities namely: 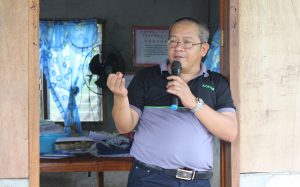 It will also be the venue where TESDA will conduct its Special Skills Training Program (SSTP), where IPs will be trained in various skills such as plumbing, masonry, carpentry, hollow block making, tile setting, small engine mechanics, food processing, dressmaking and other skills areas  that they prefer.

Under the program, IPs will be able to train for free at the facility. They will be given food and transportation allowance of P100 per training day and starter tool kits for them to start their own livelihood after the training. They will also be granted free assessment and will be able to acquire a National Certificate.

“This is just the beginning of initiatives and interventions for them. This is a manifestation that the government is brought closer to the people especially to the IP communities,” Dr. Gayona said.

Apart from the community-based training, Dr. Gayona also told the tribal leaders to encourage the youth to enroll in the 3-year Diploma Programs, assuring that free training, assessment, accommodation and allowances will be provided. The programs will equip them with varied competencies (multi-skill in different sectors), which are creditable to the high tertiary levels if they intend to finish degree programs later.  They can also opt to leave school after acquiring National Certificates without being considered drop-outs. 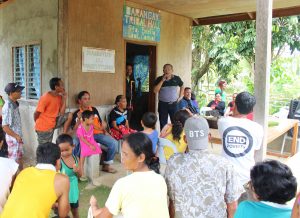 NCIP XI officials urged the beneficiaries to also do their part for the success of the programs intended for them. The NCIP will be implementing its Integrated Ancestral Domain Development Approach (IADDA) project which shall include different capacity development trainings for IPs on the said areas.

The NCIP also challenged the leaders to be responsible with the projects that will be given to them in their ancestral land as the government continues its pursuit in bringing the government closer to the people.

Meanwhile, the respective tribes in the seven areas expressed their gratitude to the government agencies and vowed to give their full support to the programs. 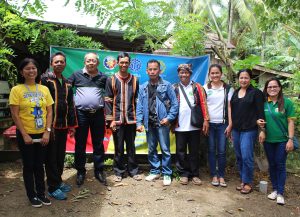 (We thank TESDA and NCIP for choosing us as beneficiaries of this project. This event marks only the beginning of the government’s interventions and projects that will be brought here in our community.) (TESDAXI-ROD)