30 FRs and IPs to undergo training-employment of TESDA 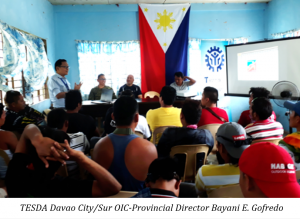 Thirty (30) Former Rebels (FRs) and Indigenous People (IPs) from various barangays in Paquibato District, were screened and selected thoroughly by the 16IB as beneficiaries of the program. They are expected to be trained and employed as operator, driver and mechanic of different Heavy Equipment such as Hydraulic Excavator, Backhoe and Dump Truck with G.E 64 Enterprise, Inc. Part of their training is to inculcate them with values formation, company rules and simulation of the equipment before their actual immersion and performance in the company’s plant. They will be guided accordingly with senior operators and mechanic of the company. 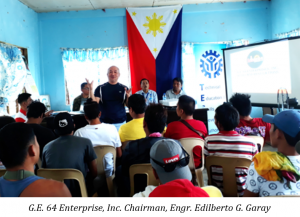 The beneficiaries/apprentice will receive not less than 75% of the existing minimum wage for a contract of four (4) to six (6) months. After their apprenticeship, the company has the option to hire them as regular employee based on their performance. The company also committed free lodging while they are on training.

The training will commence officially on February 25, 2019 at G.E. 64 Enterprise, Inc. at Maa, Davao City, where the beneficiaries will have their first week of training and will be transferred at the company’s plant in Callawa, Davao City for their actual performance.

Kasanayan sa Hanapbuhay (KASH) is TESDA’s Program on Apprenticeship and Learnership under Enterprise-Based Training. It is viewed as training and employment programs but greater attention should be given to the skills acquisition of the apprentices and learners. 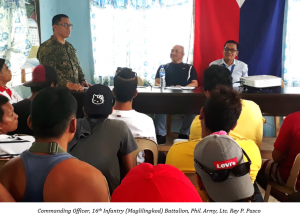 The main objective is to provide a mechanism that will ensure availability of qualified skilled workers based on industry’s requirements. This will provide opportunity for new entrants to the labor force to acquire experience and skills.

This program is part of the implementation of Executive Order No. 70 on the Enhanced Comprehensive Localized Integration Program (E-CLIP) and the new directives set for TESDA to response the call of President Rodrigo Duterte for the Build, Build, Build Program.