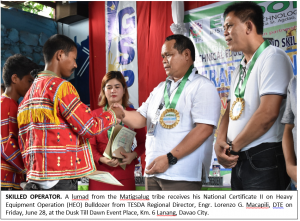 The graduates were trained on May 28 to June 11, 2019, under the Technical Education and Skills Development Authority’s (TESDA) Training for Work Scholarship Program implemented by the Endonela Institute of Technology Foundation Inc. (EITFI Maa Annex Campus). They were divided into two batches composed of 25 trainees each. 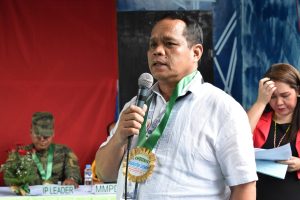 In his speech, TESDA XI Regional Director, Engr. Lorenzo G. Macapili, DTE congratulated all the graduates for their perseverance and determination in completing the training. He also thanked all the partners of TESDA especially the EITFI, through its School President, Mr. Joel F. Endonela, for helping TESDA fulfill its mandate of providing quality technical education and skills development (TESD) programs.

He emphasized that it is a “valuable program that is noteworthy” especially that it caters the special clients that the agency prioritizes.

Aside from receiving their certificates, top performing trainees were also recognized during the graduation ceremony. Corn and rice seedlings from the Department of Agriculture were also given to the graduates so they can plant it as they go back to their ancestral lands.

Along with Director Macapili was TESDA Davao City/Sur Acting Provincial Director Adonis F. Culas who also delivered a message to the graduates, urging them to invite and encourage their “kababayans” to take up TESDA courses. He also emphasized the role of TESDA in the implementation of programs and services under the Executive Order No. 70 or the ‘Whole of Nation Approach’.

Being the designated lead agency of the Poverty Reduction, Livelihood and Employment Cluster of the National and Regional Task Force to End Local Communist Armed Conflict (NTF/RTF-ELCAC), TESDA, along with its member agencies, is intensifying its efforts to provide programs and services to the marginalized sectors including the IPs. 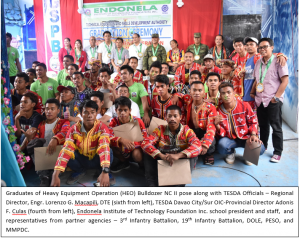 the lack of skilled workers on the construction industry due to the implementation of the ‘Build, Build, Build’ program of the government. 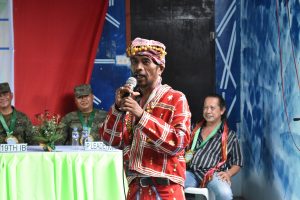 Meanwhile, two graduates expressed their gratitude and appreciation to the agencies and offices involved for giving them the opportunity to learn and acquire new skills. They said they are hopeful that the government will be reaching out more to them and their communities so that they will be able to learn more and receive other forms of assistance.