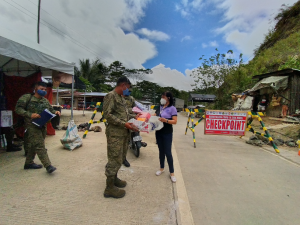 PD Arlyn Bandong leads the distribution of Multivitamins and facemasks to the community and frontliners in Natulinan, Brgy. Sto. Niño, Talaingod thru the 56th Infantry (Tatag) Battalion

As challenging as our current situation, frontliners are much appreciated with their tireless services to the Filipino community serving with whole heart and courage.

Concerned of their health and to help boost their immune system while performing their selfless duties, TESDA PO/PTC Davao del Norte provided some multivitamins to the Poverty Reduction Livelihood and Employment Cluster (PRLEC) members particularly to the Armed Forces of the Philippines (AFP) stationed at different checkpoints in the province of Davao del Norte.

On March 30, 2020, led by PD Arlyn S. Bandong, Provincial Director of TESDA Davao del Norte, went around the province to hand out some 2,300 tablets of Multivitamins to the 16th Infantry (Maglilingkod) Battalion manning the entry point of 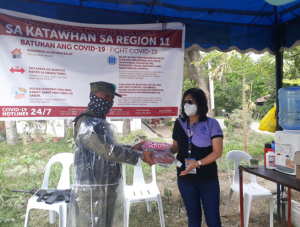 Some identified priority barangays under PRLEC were also provided with additional face masks as part of the prevention of spreading COVID19 in the community.

This is one of TESDA ways of showing love and support to the National Task Force/Regional Task Force to End Local Communist Armed Conflict (NTF/RTC-ELCAC) members who are in the frontlines fighting not only insurgencies and other armed conflicts and threats but also the ongoing health crisis we are facing.

Kudos to all Frontliners!

Together we will triumph as one! *** 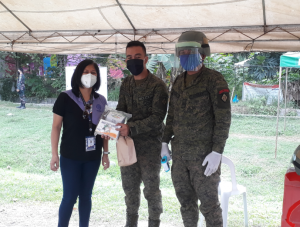 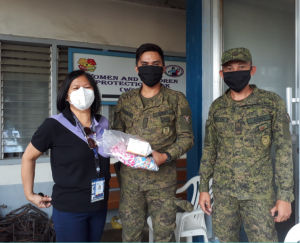 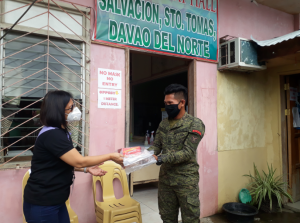 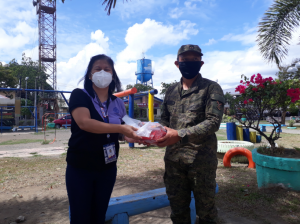 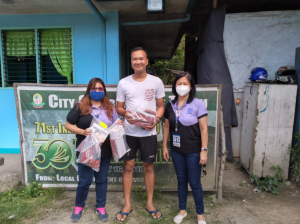